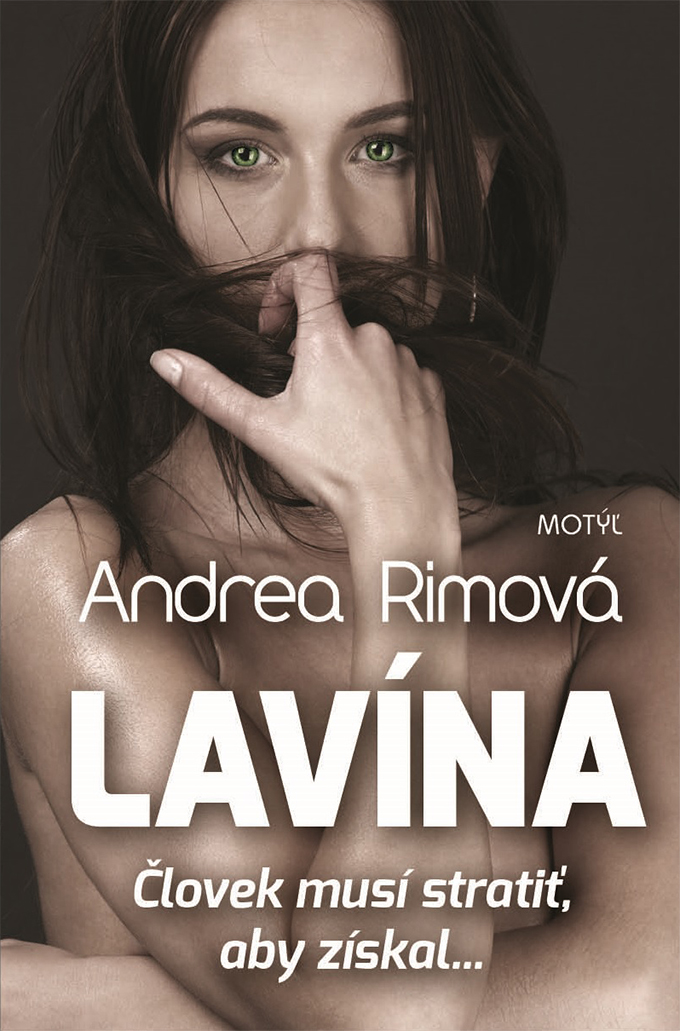 One must lose in order to gain…

Veronika finds herself at an impasse. Into her life unexpectedly bursts avalanche of truth and bury all her dreams.
How can the past of beloved husband steal the future? How the relationship becomes escape and fight for life?
Even strong women have weak moments. Veronika is looking for help from the childhood friend - a successful journalist Simona, with whom she grew up together in an orphanage.
Can true friendship survive long separation?
What is the flip calendar of memories and cry for what u can never change?
And how you can accept the fact that you have to lose in order to gain?

A novel that the painful end may also be a new beginning.

SAMPLE FROM THE BOOK

2
Jaro Holub was extremely angry with Peter. That bungler messed it up. Peter should hold his bitch tied and locked until he wouldn’t come back. Jaro ransacked their flat - every single place where she could hide it, but left empty handed. That bitch either made it all up or hid the evidence somewhere else. But where? He searched the desk in her office himself, but there was no trace after the object which couldn’t keep him calm.
He should do it differently. He should stay with her himself and send Peťo there. Maybe she would tell the truth if she was in fear. Instead he wanted to scour her former working place where he, as her superior, had an easy access.
Although it was too late for that, he blamed himself for being an idiot. She ran away.
Now they were both standing in front of some ruined building not knowing what to do.
“You’re a moron!” shouted Jaro.
“You are! We shouldn’t have let it get this far. We should have told her that we help her to find that little girl. We could pretend doing so until she wouldn’t forget about it,” said Peter angrily.
“Sure. She would run to the police because neither we nor she would find her”, spat Jaro out. “We have to find out where she is before she does something impetuous.”
It was dark outside. Many people of their age spent the Friday night drinking a beer in the bar where they came to relax after the hard working week. Only they had to be pursuing a woman that knew too much.
“She doesn’t know this city,” said Peter. He detested the way how he had to hurt Veronika, but Jaro was adamant.
“We separate. She couldn’t get far. You take this street. Pay particular attention to the bus stops and benches in the gloom. I’m sure she won’t be searching for help from locals at three in the morning. I’ll go that way,” he pointed with his hand.
“Ok, but what if she calls the police?” hesitated Peťo.
“I don’t think she would. She has no one she could turn to. Don’t forget that she doesn’t have a job, family or friends that would help her. I’m not going to remind you that you’re an idiot that let her to lead you by the nose. We get back to that later, but now go. We have only one phone so I’ll meet you at the fountain. Do you know where it is?”
“Yeah,” muttered Peťo and moved the ordered direction.
He knew they won’t find her. Jaro underestimated her. She wasn’t stupid. Maybe it was caused by the fact, that she grew up in foster’s care, but she could always deal with anything. When they met and she told him where she came from, he immediately started to wonder whether she doesn’t know that girl from the lake too. But he was afraid to ask. Besides that, he wanted to forget about that part of his life.
Veronika mentioned a friend who was like her older sister, but that one left the foster’s care without leaving any contact right after she hit eighteen. He couldn’t remember her name, but it couldn’t be that girl from the lake. She was younger than Veronika. And even if they knew each other, they couldn’t be too close. His girlfriend was really disheartened and reclusive after her friend left.
Peťo walked down the street lighted by the street lamps. He felt he had made the biggest mistake of his life years ago. He should have stopped Jaro back then. He was an idiot to assist him. That was the first mistake and the beginning of many others. He couldn’t back up now because there was much more to it. Since that summer day was their friendship based on the mutual fear of betraying one another. It didn’t happen so far but they controlled each other. That’s why they brought their girlfriends from time to time with them too.
He knew that thanks to his cowardice he deprived himself of everyday happiness he could experience with Veronika.
His eyes flooded with tears and he started to cry like a baby. For the first time after all those years. He wished they wouldn’t find her. He wished she would run somewhere far away and started a new life.
He knew he doomed himself to the life without love. But it was too late now.
“Save yourself, my love, when I couldn’t do it,” he whispered and stepped out towards the fountain.